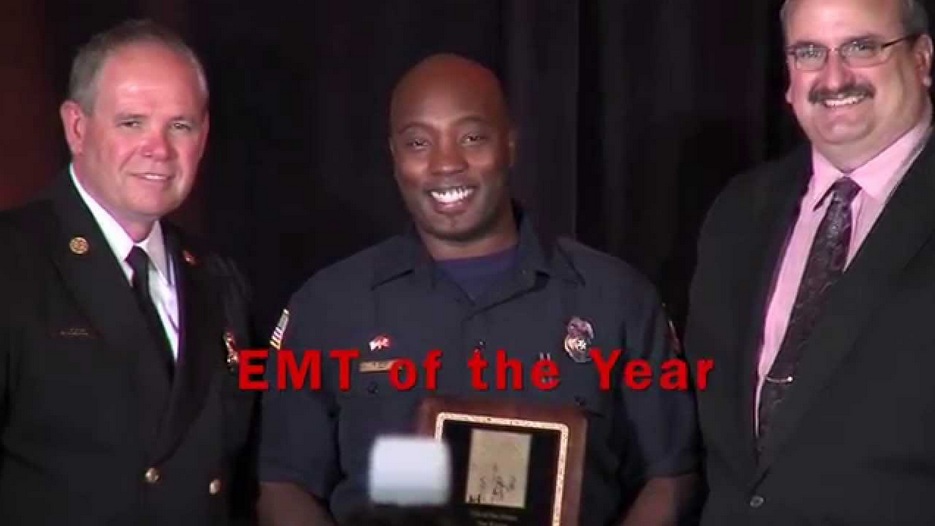 Carrying a personal automated external defibrillator (AED) in the trunk of his car for 13 years finally came in handy when Jim Madaffer used it to save a man’s life. Jim and his wife Robin were honored with a Lifesaving Citation at the 2015 San Diego Fire Rescue Foundation service awards for their quick action using an AED to revive a man who experienced cardiac arrest while out on a jog.

The fallen man was cold. His skin felt clammy. He had no pulse. The Madaffers had no idea how long Weaver had been unconscious but knew every passing minute drops the odds of recovery by 7 to 10 percent.

He grabbed the AED, placed its pads on Weaver’s chest and, as it dictated directions, delivered a jolt of electricity.

Weaver started breathing. Madaffer continued the shocks. When paramedics arrived about five minutes later, the jogger was still unconscious, but his heart was pumping and his vital signs were returning.

Learn more about the San Diego Fire Rescue Foundation and the stories of its 2015 honorees, including Jim and Robin, in this video.