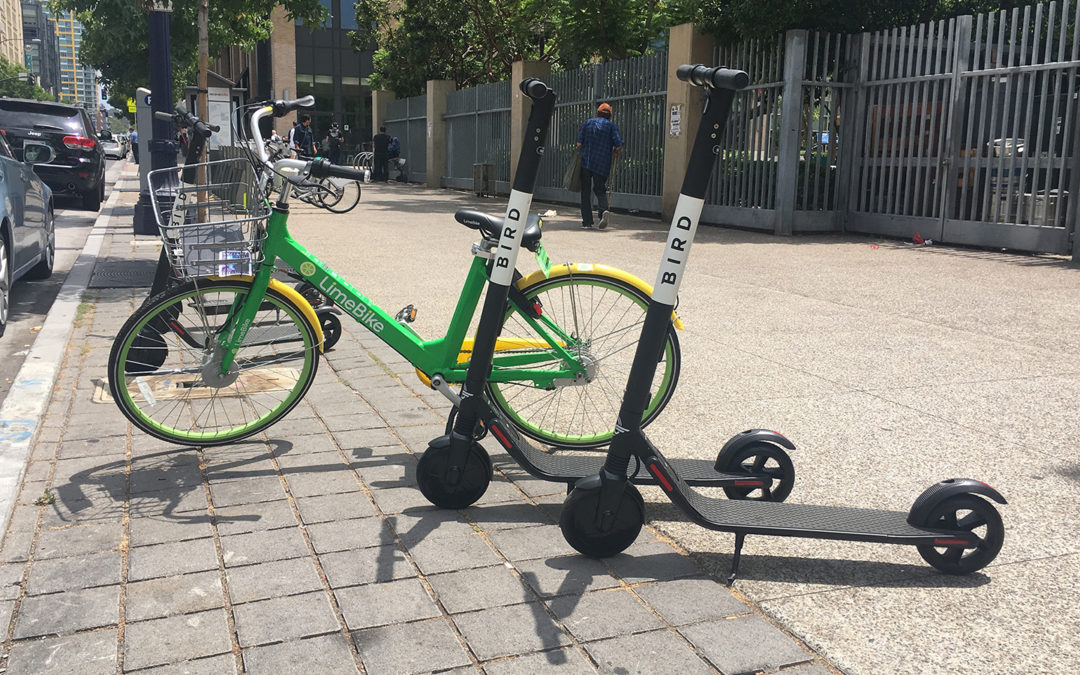 As dockless vehicles continue to proliferate, cities across the U.S. continue to struggle with how to govern this new model of two-wheeled transportation. Communities have expressed concerns with a lack of public education on how to properly use and park the dockless vehicles, a lack of adequate infrastructure, and accessibility and affordability of the vehicles in low-income neighborhoods.

Some cities are responding to the phenomenon with heavy restrictions and bans. In Coronado, Calif., the city impounds dockless bikes with companies that have not obtained a permit. The city has impounded more than 100 dockless bikes since March. The City of Beverly Hills has placed a six-month ban on dockless scooters. The city will enforce a “zero-tolerance” policy, including impounding vehicles and issuing citations.

But an emerging chorus of advocates is calling on cities to find ways to integrate, rather than restrict, dockless shared vehicles into communities. That’s the approach in the City of San Diego, where Council President Pro Tem Barbara Bry and Councilmember Georgette Gomez are leading a dockless vehicle working group focused on fees, data sharing, integration, equity and education.

“Infrastructure, integration, education and equity,” Bry tweeted. “These were the themes from our first dockless vehicle working group meeting. We look forward to moving ahead with the next steps to optimize San Diego’s #micromobility options and working towards a regulatory framework.”

Five other coastal cities in the San Diego region are partnering to run a one-year pilot program. The group — including the cities of Encinitas, Del Mar, Solana Beach, Carlsbad and Oceanside, along with the North County Transit District and Camp Pendleton — will enter into a Memorandum of Understanding (MOU) to select a single bikeshare company to run a pilot program at little or no cost to the cities.  The five cities will select a single vendor, and develop separate agreements for each city.

It’s important for cities to take advantage of the reduction in congestion and pollution that dockless vehicles can offer. Andrew Salzberg leads transportation policy and research at Uber and is optimistic about the effects on the environment.

“People who are serious about moving people more efficiently and fighting congestion should be leaning into the idea of allowing modes like bikes and scooters to be prevalent,” Salzberg said.